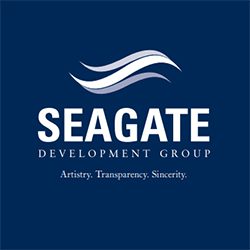 Conditioned Air has its eye on growth.

The longtime Naples-based company has announced plans for a 52,710-square-foot operations center in Fort Myers to support its current and future growth.

With the new building, Conditioned Air’s footprint in Lee County will nearly triple in size. The company is already one of the largest air-conditioning contracting and service firms in Southwest Florida.

The new building — at Jetport Loop and Global Parkway in the Southwest International Commerce Park — will include roughly 10,800 square feet of office space and a little more than 31,000 square feet of warehouse, with a nearly 11,000-square-foot mezzanine planned for storage and future expansion.

“We have to invest in the future,” said Theo Etzel, the company’s chairman.

The building will serve as the central hub for the company’s growth in Lee and Charlotte counties, while providing support to its headquarters in Collier County and smaller operations in Sarasota County.

Conditioned Air scouted for the right location for more than two years, ultimately choosing to have a project built to suit the company’s needs because it couldn’t find anything that “fit the bill” already in the market, Etzel said.

Location was a key factor in the company’s search for a new address in Lee County, especially from a traffic standpoint. The company needs a location that offers easy access to employees and customers in both counties and this one will meet the requirement, Etzel said.

In Lee, Conditioned Air currently leases a little more than 15,000 square feet of space in two buildings, near its future site. Those offices have only 30 parking spaces, while the new building will have nearly 140.

Seagate Development Group will purchase the land and construct the building, then lease the offices back to Conditioned Air. The total investment in the project is estimated at $6 million, including land costs.

The multimillion-dollar project demonstrates Conditioned Air’s faith in the region’s economy, Etzel said. The company last renovated and expanded its Naples headquarters in 2008 and it has increased the size of its offices in Sarasota County a few times over the past few years.

The new operations center in Lee County will include larger and more sophisticated digs for workforce training, which has become increasingly important due to a low unemployment rate and shortage of skilled workers in Southwest Florida.

Conditioned Air hires more workers based on their character and their desire to learn the more sophisticated skills needed to work in the air conditioning business, which continues to evolve with technological advances, Etzel said.

“We are very active in trying to grow and cultivate people in the area,” he said.

The company also focuses on retaining the workers it has on deck, knowing there are many job choices out there for its employees with so many other businesses looking to attract talent and fill jobs in Southwest Florida.

Tim Dupre, Conditioned Air’s CEO, said the company hoped to expand at one of its buildings in Lee County, but more space never became available because the other tenants it hoped to replace stayed put.

The company’s growth has remained pretty constant over time. It helps that air conditioning is a must-have in Florida.

Conditioned Air has more than 185 employees in Collier County alone. There are another 124 employees in Lee County and more than 60 in Sarasota County.

“We’ve had double-digit growth over the last three years and our current plan is to double the size of the company over the next five to seven years,” Dupre said. “The new location will be a big piece of that.”

On average, Dupre said, the company has been adding 25 to 30 employees a year across all of its markets.

“I would expect to see that growth continue, if not pick up,” Dupre said.

Conditioned Air finds many of its entry level employees through its relationships with technical colleges in Southwest Florida, including schools in Immokalee and North Port.

“We are always looking for qualified employees,” Dupre said.

He expects to see the ground break on the new building in October and to move in by July 2020.

“We know that there are going to be more residents by volume in Lee, Charlotte, Sarasota and Manatee counties in the future, and that is what we are preparing for,” Dupre said.

Conditioned Air has been in business since 1962, offering both residential and light commercial service.

Etzel and Dupre are partners in the company, along with other individual and institutional shareholders.

The key to the company’s longevity? Dupre said it’s the consistency in how Conditioned Air treats its customers and its employees. Etzel agrees.

“We don’t put dollars first,” he said. “We put people first and we fully believe the dollars will follow if we do the right things for people.”

Acquisitions on the horizon

While the company has grown organically over many decades, Etzel said there are plans to expand through acquisitions, too — in the not-too-distant future.

Since Etzel gave up his longtime title as CEO a little over a year ago, he’s focused more on expansion opportunities, targeting smaller businesses whose owners are looking to retire or move on, but don’t have anyone to succeed them.

Etzel described the industry as fragmented in Southwest Florida, with thousands of licensed contractors in the markets it serves.

Matt Price, CEO of Seagate Development, expects his company to close on the property for Conditioned Air’s new building in the next 30 days. There’s an existing development order, which will be tweaked for the project and will only require administrative approval by reviewers, he said.

With the market so tight on suitable commercial space, Price said more companies in Southwest Florida are turning to new construction and wanting stand-alone buildings of their own. He gave NeoGenomics as an example.

Earlier this month NeoGenomics, a Fort Myers-based lab focused on genetic testing for cancer, announced it would build a new $50 million world headquarters west of Interstate 75 near Alico Road to support its growth.

Seagate will buy the land, construct the building and lease it back to NeoGenomics for 20 years with lengthy options to renew — similar to what the developer plans to do for Conditioned Air.

“The single tenant building is becoming more popular and it’s one that can be easily financed in the market as well, which is helpful in a process like this one,” Price said.

The option to build has become more popular for several reasons — including the desire to have large training rooms and ample parking for employees.

“You have expanding businesses,” Price said. “People are hiring and companies are growing — and you need to teach your new employees the ways of the company.”

Seagate is building a new stand-alone headquarters of its own to keep up with its growth. The 13,000-square-foot building is going up in south Fort Myers at Interstate 75 and Alico Road.

The developer is in talks with several other companies in Southwest Florida that want to build new.

“We are working with probably three other companies,” Price said. “I’m not at liberty to say who they are, but they are significant deals over 50,000 square feet.”

The expected population growth in Southwest Florida is one of the big drivers of the trend.

As the region’s population continues to rise, more businesses are looking and planning farther out to accommodate growth, feeling more confident about the future, even though there will likely be bumps in the road ahead due to shifts in the economic cycle, Price said.

Seagate, Price said, won’t just go out and build a project for anybody.

In the case of Conditioned Air, Price said he knows and appreciates who they are and what they do.