In the Know: Scotlynn Group building headquarters off Alico Road, I-75 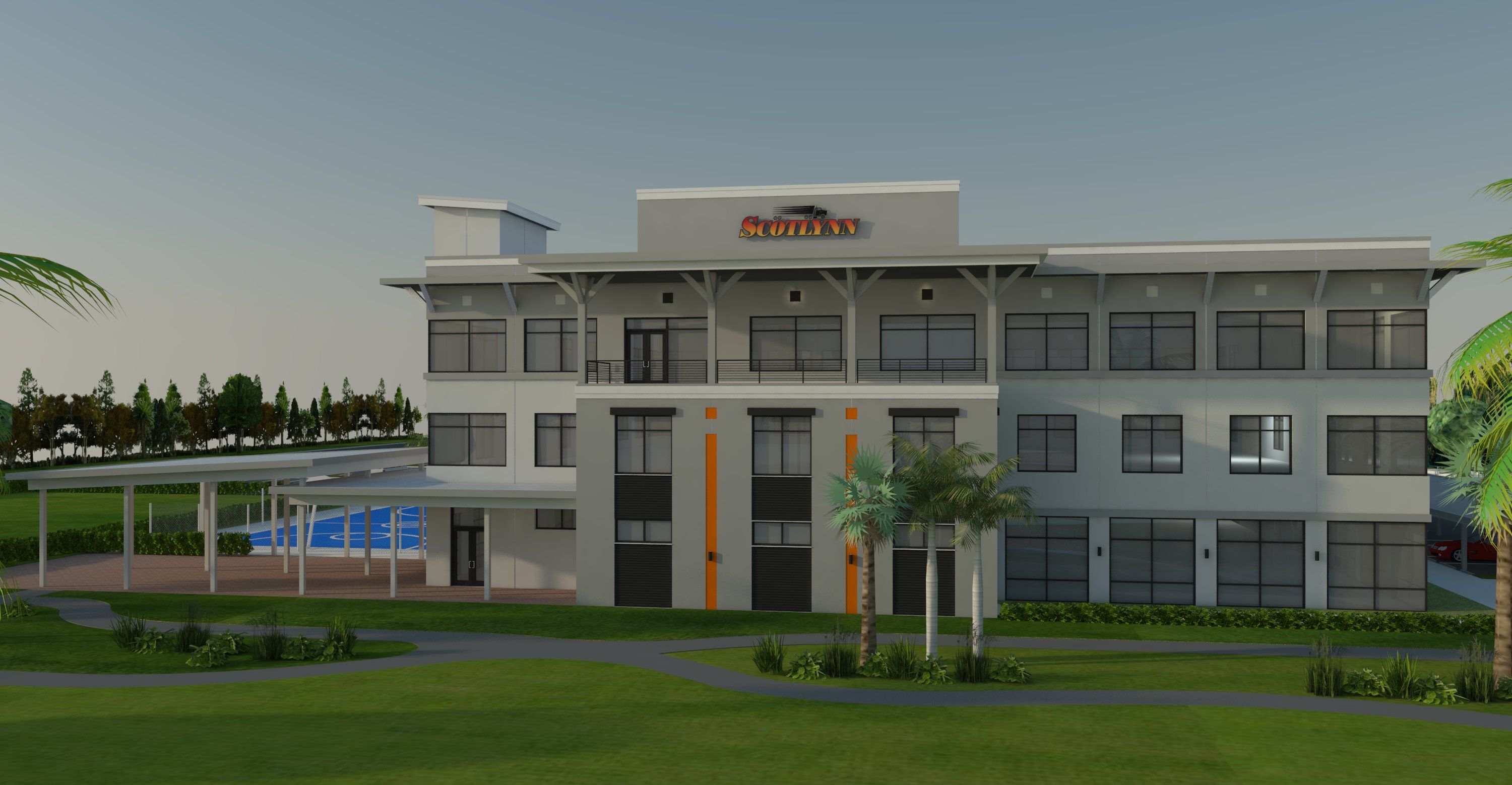 16 Jun In the Know: Scotlynn Group building headquarters off Alico Road, I-75

Posted at 12:19h in Uncategorized by Brett Backus
Share

When Ryan Carter helped co-found Scotlynn Group, he did not quite envision that 10 years later, he would be at the forefront of expanding into a new, $11 million corporate headquarters off Interstate 75.

The headquarters will have amenities such as a walking path, a basketball court, a fitness center and cafeteria. It also will have a new air filtration system that was added to the design after the beginning of the coronavirus global pandemic.

The land was purchased from Alan Freeman for $2.9 million, and the headquarters will allow for Scotlynn to add about 140 new employees over the next three years in exchange for tax incentives from the state and Lee County. The headquarters will be built here instead of Indianapolis, Indiana, or Tampa, where the company also has offices. Currently, the company operates out of two locations, one near the new site and another in south Fort Myers.

Scotlynn serves as the “middleman” between perishable food providers such as Southwest Florida tomato farmers and the grocery stores and restaurants that serve the products across the country. It manages logistics with state-of-the-art software and tracking technology.

“We help them with the logistics and equipment for widespread distribution,” said Carter, executive vice president of Scotlynn. “We are all about getting it there and getting it there on time.”

Groundbreaking will begin later this month or in early July, with construction slated to finish in July 2021, said Matt Price, Seagate’s CEO.

Seagate is also building the corporate headquarters for NeoGenomics, across the interstate from Seagate’s own corporate home, meaning there will be a cluster of three Seagate projects all visible from one another.

“Ryan really wanted to tailor his building to his employees,” Price said.

The employees are on the young side. Of Scotlynn’s last 20 hires, 15 of them had just graduated from FGCU, Carter said. Hence the basketball court and fitness center.

Scotlynn hasn’t done much in terms of promotion, but the location with visibility off I-75 forever will change that.

“This sort of legitimizes who we are,” Carter said. “People will drive by and see our building, which will be nice.”

“This is the center of growth for Southwest Florida,” Price said of the Alico and I-75 intersection. “Ryan and his team couldn’t have picked a better location for his building.”